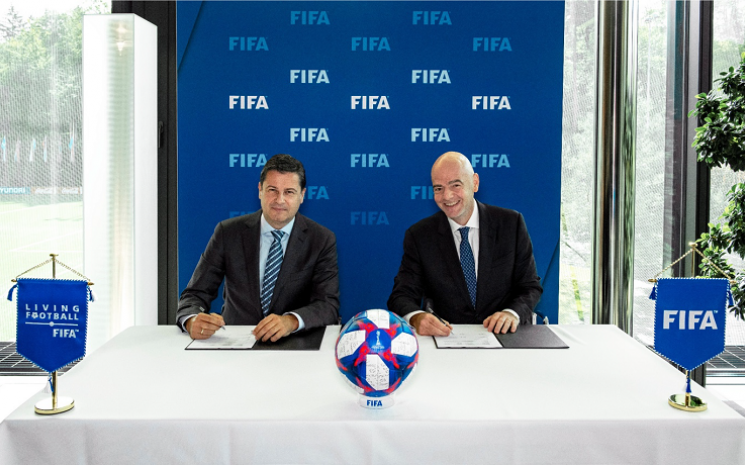 The agreement was signed by FIFA President Gianni Infantino and WLF Chairman Christian Seifert (also CEO of the Bundesliga) at the Home of FIFA in Zurich. This is the first time that the football’s world governing body and the professional football leagues have entered into such an agreement, which will see FIFA and the WLF join forces to provide together knowledge and expertise to improve professionalisation worldwide.

The agreement details the many aspects of the “development program for professional football” that will be jointly developed by the two organisations. This program will notably include training sessions and bespoke support to national football bodies to share best practices and improve standards and structures of professional football. In particular, FIFA and the WLF will organize joint conferences and seminars to support emerging football countries.

President Infantino said: “I am delighted to have signed this cooperation agreement that aims to promote and develop the professionalisation of football across the globe. I would like to thank the WLF and its Chairman Christian Seifert for the constructive and collaborative engagement and I believe this agreement will play an important role in the long-term growth of professional football in many regions”.

World Leagues Forum Chairman Seifert stated “The World Leagues Forum is particularly glad to formalize this agreement with the world governing body of football. It is one of the missions of the WLF to foster cooperation between professional leagues and help them to develop. We are delighted that for the first time ever, leagues and FIFA join forces to achieve this goal”.