Dubai, UAE – 19 October 2022 – The World Leagues Forum (WLF) held its Annual Meeting in Dubai, UAE on October 18 and 19. The meeting, hosted by the UAE Pro League, was an opportunity for WLF members, now covering forty-four professional leagues from all continents, to address the current challenges of professional football including the evolving calendar and changes to the Laws of the Game. 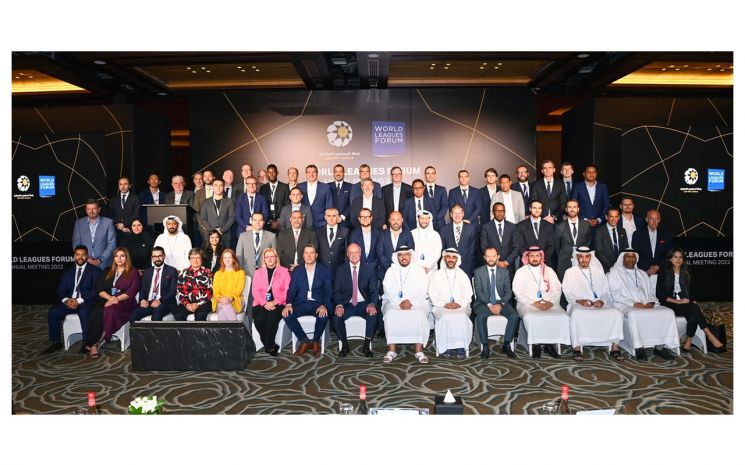 The World Leagues Forum also addressed the “Global Labor Agreement” recently signed with FIFPro, in Geneva, at the office of the International Labor Organisation (ILO). This agreement creates a social dialogue framework in football at world level between the representatives of the employers (WLF) and those of the players (FIFPRO).

The leagues agreed that the first meeting of the Executive Board of the World Social Dialogue shall take place before the end of the year to address the most pressing concerns of professional football.

The Annual Meeting was also an opportunity to address regulatory matters and supporting the soon to be adopted Regulations on Agents by the FIFA Council.

Finally, the Leagues addressed lengthily the issues relating to the Laws of the Game and agreed to engage in continued dialog with the IFAB on potential innovations

Richard Masters, Chief Executive of the Premier League, newly elected Chair of the WLF said: “The World Leagues Forum has enabled its members to share ideas and speak with a collective voice. The WLF has also given me the opportunity to develop strong relationships with other league leaders so it’s a privilege to take on this responsibility as its Chair. I now look forward to working constructively with global stakeholders to ensure The WLF is meaningfully involved in all future international calendar and competition decisions.”