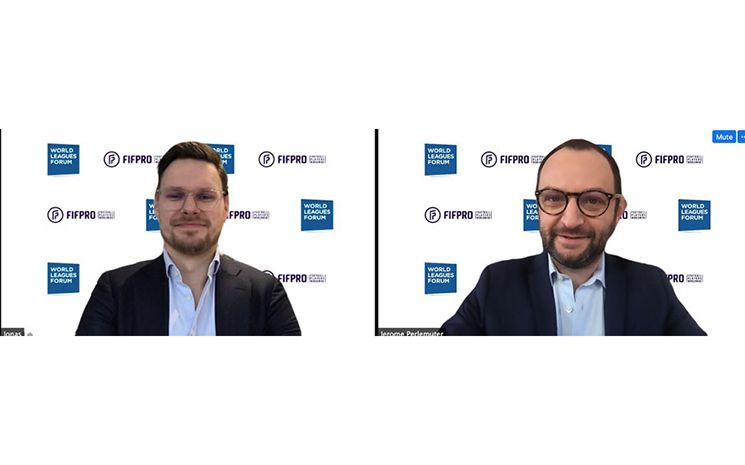 Under the three-year accord, the WLF and FIFPRO will strengthen existing ties with a view to building a common vision for the future of the game, in which leagues and players unions work closely together. The professional football landscape is rapidly developing across the world and the same can be said of the working environment in which professional football players and leagues, as well as their member clubs, are operating.

The pandemic has further deepened the need for improved cooperation between football stakeholders and emphasized how they are bound by the same common interests to grow as leagues and ensure quality employment for players. Both the World Leagues Forum and FIFPRO acknowledge that football benefits from strengthened structured labor relations in order to contribute to the sustainable development of the industry.

While effective and collaborative governance take place in some countries, in others, the structures of collective processes for discussions and negotiations between players and leagues as well as their member clubs, can be improved. The WLF and FIFPRO will help develop and promote a structured dialogue whenever possible, with a view to finding agreements that support players, leagues and the overall stability of the game.

The WLF and FIFPRO will further develop the collaboration of the two organizations by designing dedicated pilot projects for their membership in particular outside of Europe on a domestic and regional basis to support the industry and its sustainable development.

Jerome Perlemuter, General Secretary of the World Leagues Forum (WLF) stated: “The football industry needs a strong collaboration between the representatives of the employers, which the World Leagues Football represents, and those of the employees, represented by FIFPRO. The WLF is most pleased to develop a common vision with FIFPro to strengthen the structures of social dialog and support the development of the football industry. We are certain that this agreement will benefit the leagues, their member clubs, and the players.”

Jonas Baer-Hoffmann, FIFPRO General Secretary, said, “Football’s stability and employment conditions of domestic football markets are not only built on revenue streams but a commitment to social dialogue between the representatives of employers and employees. This is the key to developing a sound and fair environment in professional football. We are confident that this agreement with World Leagues Forum will help our members to develop robust cooperation at both a domestic, regional and international level, and contribute to building a stronger and more sustainable infrastructure for the game.”

About FIFPRO:
The Fédération Internationale des Associations de Footballeurs Professionnels (FIFPRO) is the worldwide representative organisation of professional footballers; more than 65,000 players in total, male and female. The world players’ union currently has 63 national players’ associations as its members. In the context of this agreement FIFPRO members act as representatives of employees on employment matters.

About WLF:
The World Leagues Forum is the world association of professional leagues with more than 40 members as at the date of this agreement. Its purpose is to help improve governance structures within world football, represent the leagues and their member clubs to sport and political institutions, and foster cooperation between leagues. In the context of this agreement, WLF members act as representatives of employers at domestic level on employment matters.