WLF appoints Enrique Bonilla, President of Liga MX, as their new Chairman
The Leagues fully support the future regulation of agents
WLF sets up a Leagues’ “Task Force against Racism” 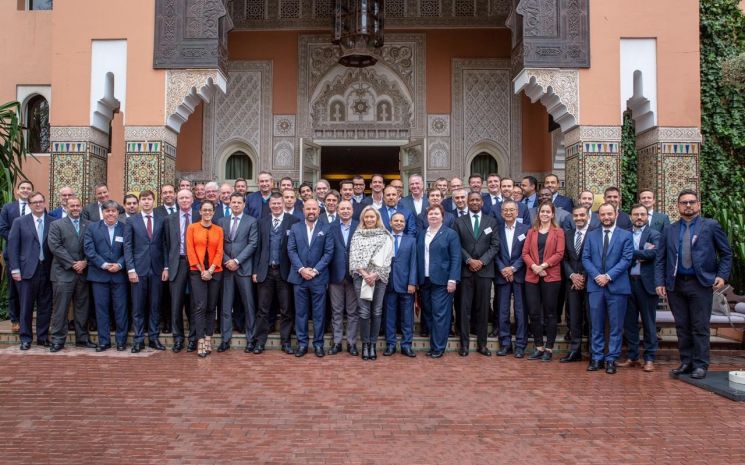 The Annual Meeting of the World Leagues Forum (WLF), was held today in Marrakesh, Morocco, with 34 professional football leagues attending, hosted by the Moroccan “Ligue Nationale de Football Professionnel”. This annual meeting is a two-day event with workshops, exchange sessions with FIFA and IFAB and discussions on professional football.

On this occasion, the WLF appointed Enrique Bonilla, Executive President of Liga MX (Mexico) as its new Chairman. Bonilla succeeds Christian Seifert, CEO of the DFL Deutsche Fußball Liga (Germany) whose mandate was coming to end. It is the first time that a non-European will chair the WLF. Christian Seifert will remain Vice-Chairman of the WLF together with Don Garber, Commissioner of Major League Soccer (USA). This triumvirate will continue to form the Management Board of the WLF.

The Leagues reiterated the need to regulate agents and their full support to the reform recently adopted by the FIFA Council including a license and a cap on fees.

The Leagues also discussed the future Club World Cup which will be held in 2021 in China. They will make proposals directly to FIFA on the redistribution model in order to not jeopardize competitive balance at domestic level and to emphasize solidarity.

Finally, the leagues expressed their concerns on racism in football. Determined to fight against this inacceptable phenomenon, they decided to set up a Leagues’ “Task Force Against Racism” to collect data across their members, identify best practices and make recommendations.